My First Blog Ever for Heaven Soaps

It is only natural to start right at the beginning. So, let me share the unexpected blossoming of Heaven Soaps.

Where did it all start?

While my family was young, soap-making wasn’t even remotely on my mind, not even as a hobby. I worked an odd assortment of morning jobs and spent my afternoons carting my children to all their extracurricular activities. As in millions of other households, evenings were a blur of household chores. My husband put the bacon on the table, and I provided the bread and butter; our lives were on an even keel.

When my youngest son was in the final stretch of school and off to varsity, I began feeling the need for a new challenge.  I wanted to venture into a new field and break the mundane routines of daily life, all the while doing my bit to put bread on the table.

During that time, my weekend jog - alone on the tarmac or in my case on the gravel road - was my moment to clear my head, and truly aspire to what this new “thing” should be.  Eventually, I started carrying a notepad in my handbag jotting down new ideas as free flowing thoughts.  I continuously tested these ideas with my family and friends whilst all the time still working my morning job. One day out of sheer frustration I opened Google and typed in the question: What business can I start if I only had a bucket? (I had an almost non-existing budget).

Astoundingly the first line that popped up was: Soapmaking.  I can make soap with just a bucket! For me it was a “eureka” moment: I didn’t even ponder on it. That is what I am going to be. I am going to be a Soap Maker. 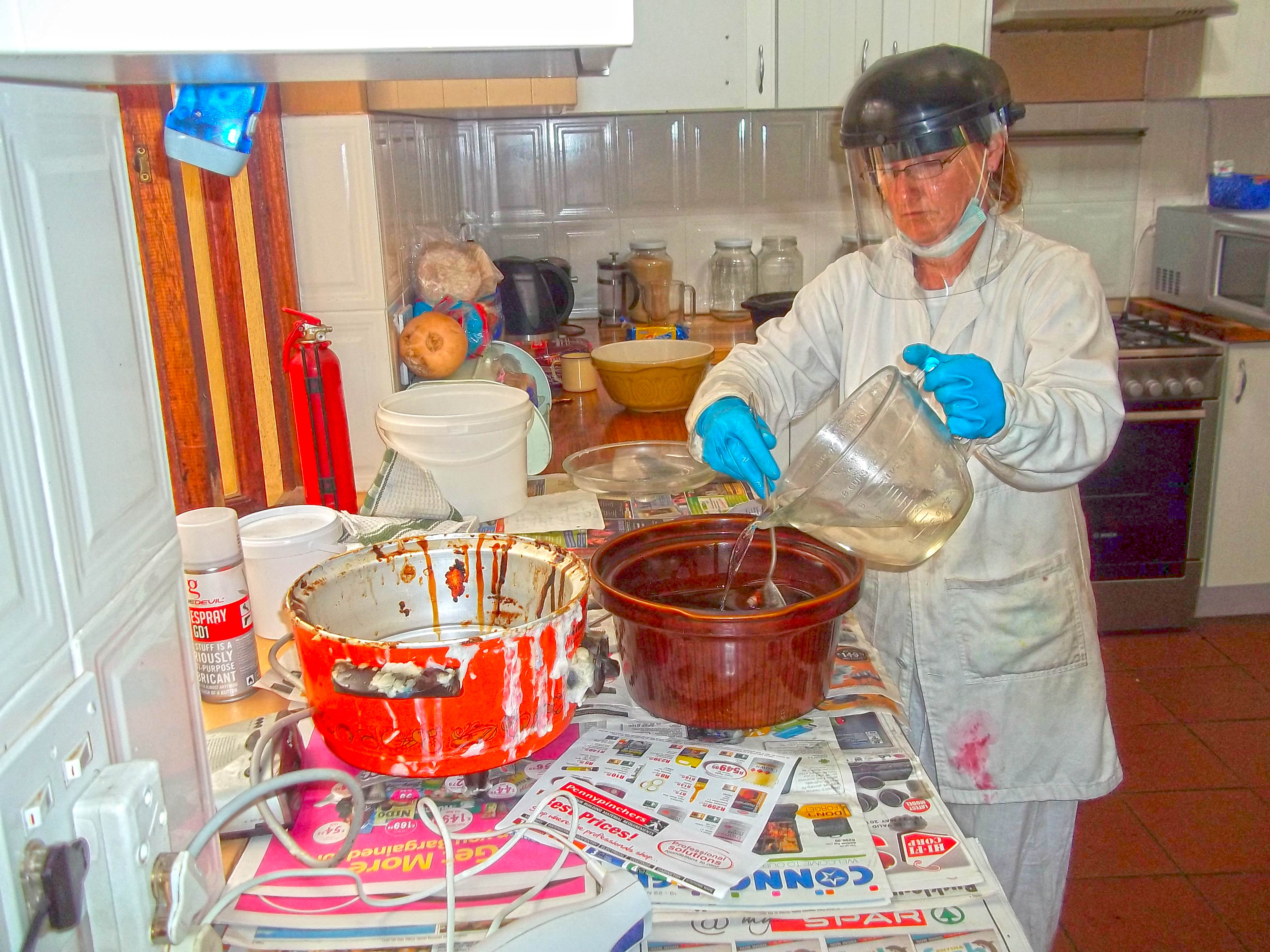 How to make Organic Soap

With the ‘what’ out of the way the ‘how’ was another mountain to climb.  I had no idea how to make soap. I knew less than nothing, to put it mildly, but by now I was on fire with this crazy idea. Nothing was going to stop me. I started phoning known soap makers, asking them if they could teach me. With no success, plan B was to order a soap making book on Amazon’s used book site. Never mind that the shipping cost was about ten times that of the book, I finally had it in hand and I could start.

I really was clueless, and I had a multitude of new things to learn:  the recipes were in ounces and pounds; my kitchen scale was metric! I had to do the conversions; I didn’t know where to get the correct oils, and the list goes on. With no point of reference except for the book, I merely carried on. I am going to be a Soap Maker.

With the first soap I ever made, my husband was hovering around at a safe distance shouting words of encouragement. Unbeknown to me at exactly the same time as I was adding the sodium hydroxide to the water, (it was scary stuff for a rookie like me - if not done correctly it can be dangerous) my husband took a photo with his old eighties camera and, as the flash went off, I thought it was the sodium hydroxide exploding. The terror of burning my skin made me nervous, but I survived making my first batch of organic soap.

Fast forward to today, Heaven Soaps has grown far more than I ever anticipated.  The whole family is passionately involved in the business. Bianca Paarman, our talented graphic designer, also joined the team in 2019.  (It is Bianca that gently nudged me in the direction of this blog). My son, Jan, has taken over the production line of the artisan soaps and his fine art background can be seen in the creation of newly designed soaps.

Today we distribute across South Africa and beyond. 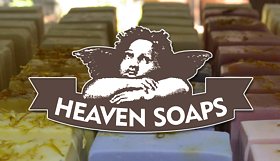 What’s in a Name

Finally, some explanation about the name Heaven. Right from the beginning I knew it would mean a lot to me if I could distribute a heavenly fragrance.  To this day it gives me immense pleasure to know our product adds value to people’s lives. 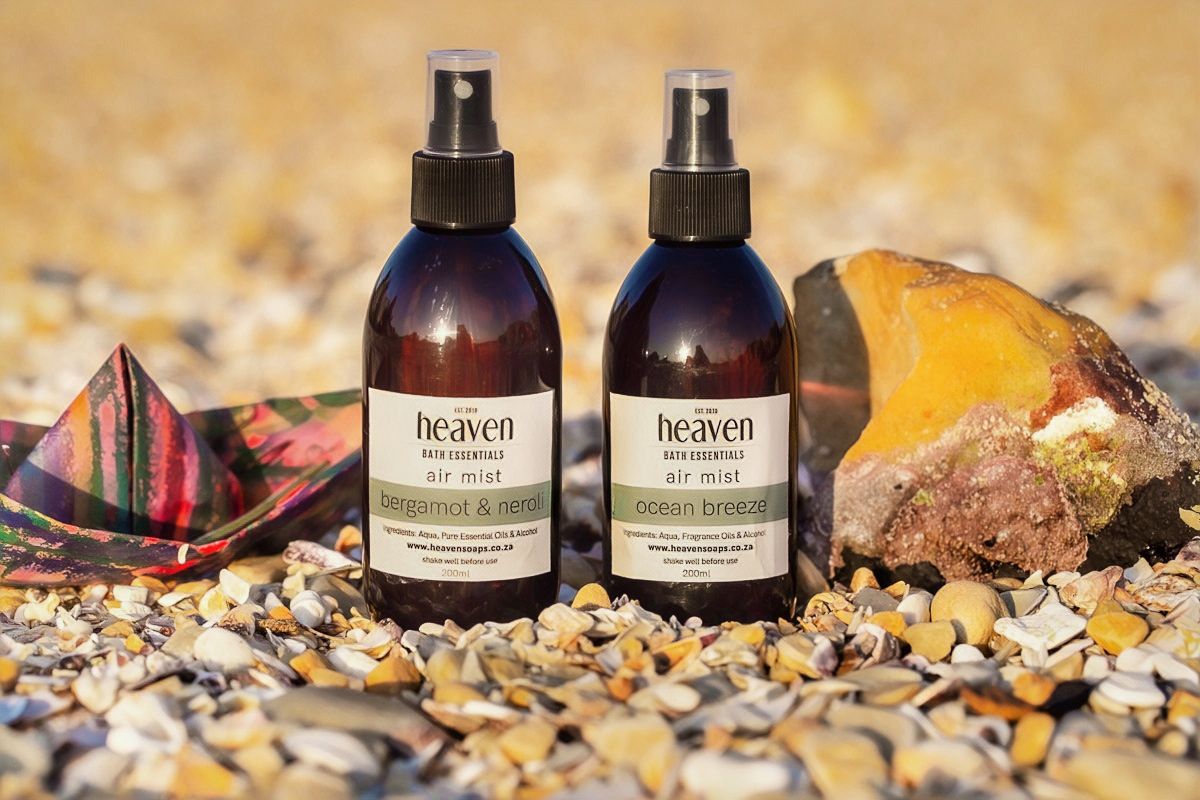 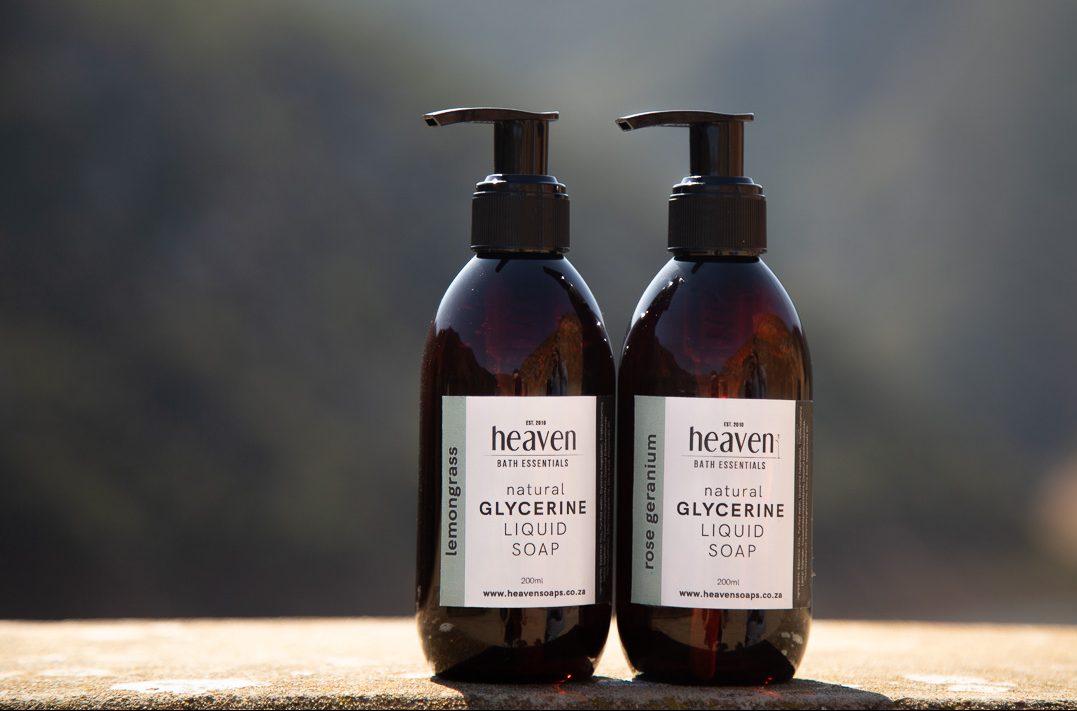 and receive updates on new products and information